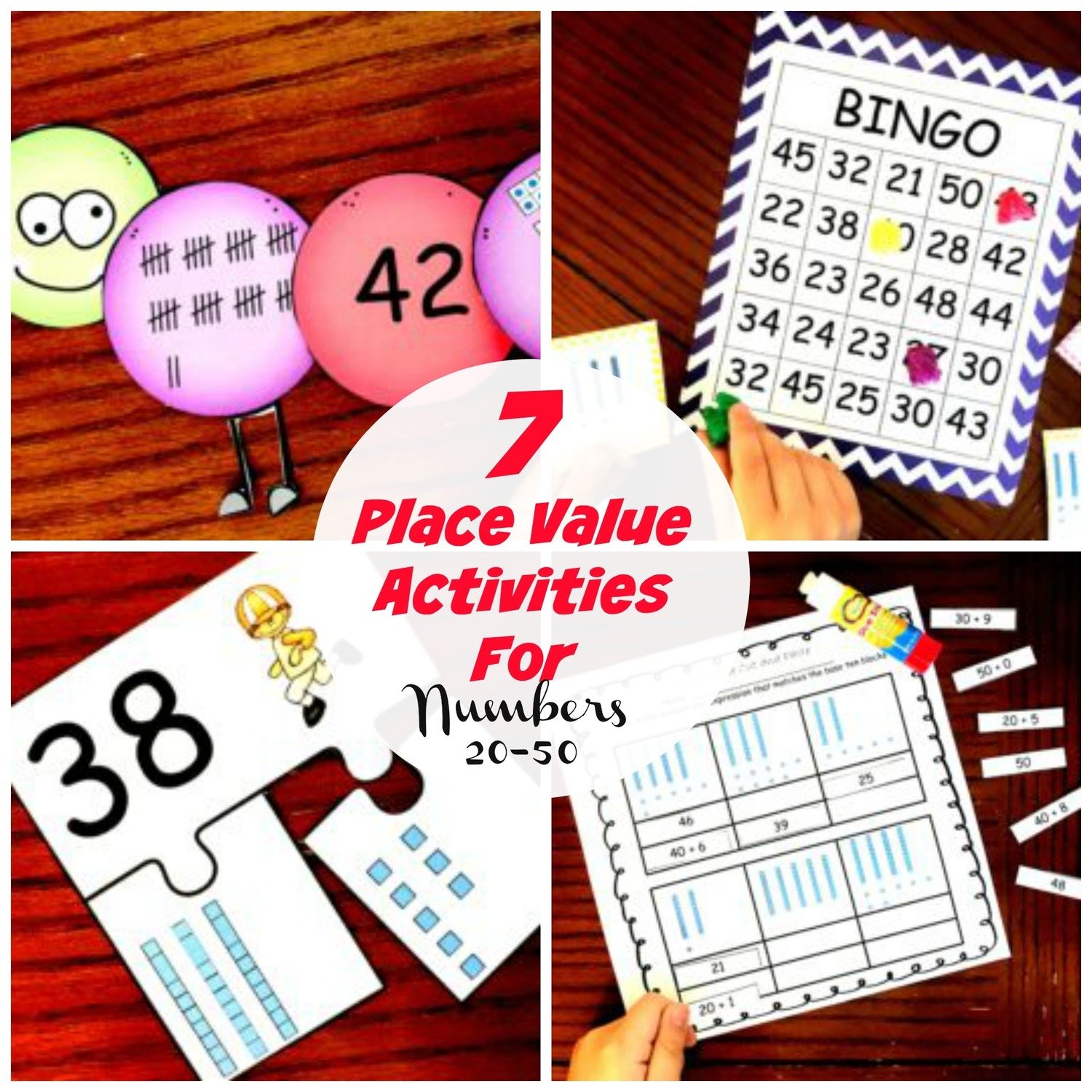 This product helps children identify, write in expanded form, use base ten blocks, tally marks, and ten frames for numbers 20 - 50.

If you are from the EU, please purchase fromTpT!

It includes number puzzles. Children are given a number and have to match base ten blocks with the number to put the puzzle together.

Bingo game - students figure out number based on base ten blocks and then cover up that number on their board.

Calendar pieces - great way to review daily and work on tally marks, base ten blocks, and ten frames. Pieces create a pattern of subtracting three and then adding two.

Caterpillar sort - children create a caterpillar by finding a number, base ten blocks, tally marks, and ten frames that all have the same number

Pirate Expanded Form game - children are given a number and they have to create an expression that makes that number. First person to create three correct expressions wins.

Save this product for later